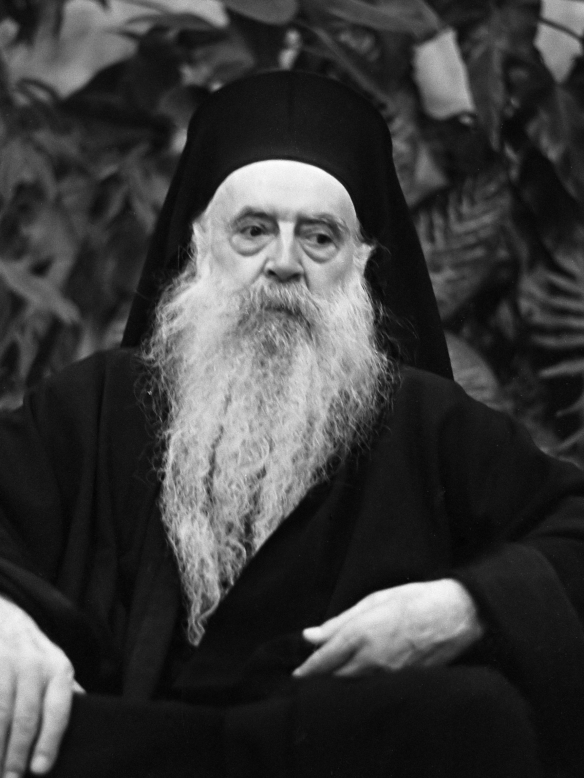 The Decline of the Patriarchate of Constantinople

by St. John of Shanghai and San Francisco

THE PRIMACY among Orthodox Churches is possessed by the Church of the New Rome, Constantinople, which is headed by a Patriarch who has the title of Ecumenical, and therefore is itself called the Ecumenical Patriarchate, which territorially reached the culmination of its development at the end of the 18th century. At that time there was included in it the whole of Asia Minor, the whole Balkan Peninsula (except for Montenegro), together with the adjoining islands, since the other independent Churches in the Balkan Peninsula had been abolished and had become part of the Ecumenical Patriarchate. The Ecumenical Patriarch had received from the Turkish Sultan, even before the taking of Constantinople by the Turks, the title of Millet Bash, that is, the head of the people, and he was considered the head of the whole Orthodox population of the Turkish Empire. This, however, did not prevent the Turkish government from removing patriarchs for any reason whatever and calling for new elections, at the same time collecting a large tax from the newly elected patriarch. Apparently the latter circumstance had a great significance in the changing of patriarchs by the Turks, and therefore it often happened that they again allowed on the Patriarchal Throne a patriarch whom they had removed, after the death of one or several of his successors. Thus, many patriarchs occupied their see several times, and each accession was accompanied by the collection of a special tax from them by the Turks.

In order to make up the sum which he paid on his accession to the Patriarchal Throne, a patriarch made a collection from the metropolitans subordinate to him, and they, in their turn, collected from the clergy subordinate to them. This manner of making up its finances left an imprint on the whole order of the Patriarchate’s life. In the Patriarchate there was likewise evident the Greek “Great Idea,” that is, the attempt to restore Byzantium, at first in a cultural, but later also in a political sense. For this reason in all important; posts there were assigned people loyal to this idea, and for the most part Greeks from the part of Constantinople called the Phanar, where also the Patriarchate was located. Almost always the episcopal sees were filled by Greeks, even though in the Balkan Peninsula the population was primarily Slavic.

At the beginning of the 19th century there began a movement of liberation among the Balkan peoples, who were striving to liberate themselves from the authority of the Turks. There arose the states of Serbia, Greece, Rumania, and Bulgaria, at first semi-independent, and then completely independent from Turkey. Parallel with this there proceeded also the formation of new Local Churches which were separate from the Ecumenical Patriarchate. Even though it was unwillingly, under the influence of circumstances, the Ecumenical Patriarchs permitted the autonomy of the Churches in the vassal princedoms, and later they recognized the full independence of the Churches in Serbia, Greece, and Rumania. Only the Bulgarian question was complicated in view on the one hand of the impatience of the Bulgarians, who had not yet attained political independence, and, on the other hand, thanks to the unyieldingness of the Greeks. The self-willed declaration of Bulgarian autocephaly on the foundation of a firman of the Sultan was not recognized by the Patriarchate, and in a number of dioceses there was established a parallel hierarchy.

The boundaries of the newly-formed Churches coincided with the boundaries of the new states, which were growing all the time at the expense of Turkey, at the same time acquiring new dioceses from the Patriarchate. Nonetheless, in 1912, when the Balkan War began, the Ecumenical Patriarchate had about 70 metropolias and several bishoprics. The war of 1912-13 tore away from Turkey a significant part of the Balkan Peninsula with such great spiritual centers as Salonica and Athos. The Great War of 1914-18 for a time deprived Turkey of the whole of Thrace and the Asia Minor coast with the city of Smyrna, which were subsequently lost by Greece in 1922 after the unsuccessful march of the Greeks on Constantinople.

Here the Ecumenical Patriarch could not so easily allow out of his authority the dioceses which had been torn away from Turkey, as had been done previously. There was already talk concerning certain places which from of old had been under the spiritual authority of Constantinople. Nonetheless, the Ecumenical Patriarch in 1922 recognized the annexation to the Serbian Church of all areas within the boundaries of Yugoslavia; he agreed to the inclusion within the Church of Greece of a number of dioceses in the Greek State, preserving, however, his jurisdiction over Athos; and in 1937 he recognized even the autocephaly of the small Albanian Church, which originally he had not recognized.

The boundaries of the Ecumenical Patriarchate and the number of its dioceses had significantly decreased. At the same time the Ecumenical Patriarchate in fact lost Asia Minor also, although it remained within its jurisdiction. In accordance with the peace treaty between Greece and Turkey in 1923, there occurred an exchange of population between these powers, so that the whole Greek population of Asia Minor had to resettle in Greece. Ancient cities, having at one time a great significance in ecclesiastical matters and glorious in their church history, remained without a single inhabitant of the Orthodox faith. At the same time, the Ecumenical Patriarch lost his political significance in Turkey, since Kemal Pasha deprived him of his title of head of the people. Factually, at the present time under the Ecumenical Patriarch there are five dioceses within the boundaries of Turkey in addition to Athos with the surrounding places in Greece. The Patriarch is extremely hindered in the manifestation even of his indisputable rights in church government within the boundaries of Turkey, where he is viewed as an ordinary Turkish subject-official, being furthermore under the supervision of the government. The Turkish government, which interferes in all aspects of the life of its citizens, only as a special privilege has permitted him, as also the Armenian Patriarch, to wear long hair and clerical garb, forbidding this to the rest of the clergy. The Patriarch has no right of free exit from Turkey, and lately the government is ever more insistently pursuing his removal to the new capital of Ankara (the ancient Ancyra), where there are now no Orthodox Christians, but where the administration with all the branches of governmental life is concentrated.

Such an outward abasement of the hierarch of the city of St. Constantine, which was once the capital of the ecumene, has not caused reverence toward him to be shaken among Orthodox Christians, who revere the See of Sts. Chrysostom and Gregory the Theologian. From the height of this See the successor of Sts. John and Gregory could spiritually guide the whole Orthodox world, if only he possessed their firmness in the defense of righteousness and truth and the breadth of views of the recent Patriarch Joachim III. However, to the general decline of the Ecumenical Patriarchate there has been joined the direction of its activity after the Great War. The Ecumenical Patriarchate has desired to make up for the loss of dioceses which have left its jurisdiction, and likewise the loss of its political significance within the boundaries of Turkey, by submitting to itself areas where up to now there has been no Orthodox hierarchy, and likewise the Churches of those states where the government is not Orthodox. Thus, on April 5, 1922, Patriarch Meletius designated an Exarch of Western and Central Europe with the title of Metropolitan of Thyateira with residency in London; on March 4, 1923, the same Patriarch consecrated the Czech Archimandrite Sabbatius Archbishop of Prague and All Czechoslovakia; on April 15, 1924, a Metropolia of Hungary and All Central Europe was founded with a See in Budapest, even though there was already a Serbian bishop there. In America an Archbishopric was established under the Ecumenical Throne, then in 1924 a Diocese was established in Australia with a See in Sydney. In 1938 India was made subordinate to the Archbishop of Australia.

However, the actual spiritual might and even the actual boundaries of authority by far do not correspond to such a self-aggrandizement of Constantinople. Not to mention the fact that almost everywhere the authority of the Patriarch is quite illusory and consists for the most part in the confirmation of bishops who have been elected to various places or the sending of such from Constantinople, many lands which Constantinople considers subject to itself do not have any flock at all under its jurisdiction.

The moral authority of the Patriarchs of Constantinople has likewise fallen very low in view of their extreme instability in ecclesiastical matters. Thus, Patriarch Meletius IV arranged a “Pan-Orthodox Congress,” with representatives of various churches, which decreed the introduction of the New Calendar. This decree, recognized only by a part of the Church, introduced a frightful schism among Orthodox Christians. Patriarch Gregory VII recognized the decree of the council of the Living Church concerning the deposing of Patriarch Tikhon, whom not long before this the Synod of Constantinople had declared a “confessor,” and then he entered into communion with the “Renovationists” in Russia, which continues up to now.

In sum, the Ecumenical Patriarchate, in theory embracing almost the whole universe and in fact extending its authority only over several dioceses, and in other places having only a higher superficial supervision and receiving certain revenues for this, persecuted by the government at home and not supported by any governmental authority abroad: having lost its significance as a pillar of truth and having itself become a source of division, and at the same time being possessed by an exorbitant love of power—represents a pitiful spectacle which recalls the worst periods in the history of the See of Constantinople.